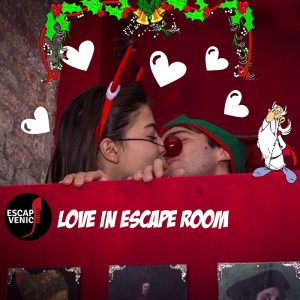 KISSING UNDER THE MISTLETOE: HERE IS THE LEGEND

Like the tradition of the Christmas tree, this too has pagan origins. The Druids, priests of the Celts, attributed great power to mistletoe because it is an aerial plant, that is, one that lives attached to the trunk of trees without touching the ground. For this reason, the Celts considered it a symbol of the gods living in heaven: if it had touched the earth with its roots, like other plants, it would have lost its divine powers. In addition, mistletoe can have healing effects, and in some cases it can also be poisonous. The Druids collected it only when necessary, using a golden sickle and wearing white clothes, barefoot and fasting (Panoramix, the druid of the comics of Asterix, did so!).

The legend linked to mistletoe is very beautiful. The protagonist is the goddess Freya, protector of lovers, and her two sons Balder and Loki. The first one is good and for this reason much loved by all and the second one is irascible, envious and consequently feared. Loki, out of jealousy, intends to kill his brother but his mother Freya, of course, tries to protect him in every way. She then asks for help from the natural agents: Air, Earth, Water, Fire, plants and animals. But he forgets to ask for the help of mistletoe, a particular plant that lives neither under nor above the earth.

Of course, Loki used the woven mistletoe to make a sharp weapon with which to kill his brother. The whole natural world mourned Balder’s death, including Freya. His tears fell on the mistletoe dart and turned into berries that magically gave life back to his son. From that day on Freya kissed as a sign of thanksgiving all those who passed under the mistletoe plant promising peace and love.

And remember… kissing in the Escape Room is a lot of luck. Book at: